Breaking News
Home / How-To's / How To Choose A Hybrid Vehicle

How To Choose A Hybrid Vehicle 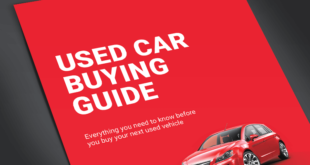 What to Look for While Buying Used Cars 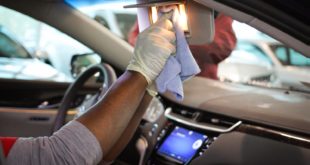 For those who are new to the term “hybrid vehicles”, they are vehicles with an electric and a gasoline powered engine with the aim of making them fuel efficient than a conventional internal combustion engine powered vehicle.

Choosing a hybrid vehicle is not very different from choosing a standard car. The hybrid varieties have engines of different capacities, various body types and they mostly differ in their mode of operation. By the end of this article, you will understand the different systems available and what will suit your demands. The different systems that will be discussed are mild hybrid, full hybrid, plug-in and a gasoline powered engine that recharges a battery.

Mild Hybrid
Mild hybrid vehicles are those which have a small gasoline powered engine, an electric drive unit, a rechargeable pack of battery and source to recharge the batteries. The mild hybrid vehicles have the gasoline powered engine as the major source of power for mobility. The motor is not capable of powering the vehicle even at lower speeds. The role of the motor is to assist the gasoline powered engine in hill climbing and places where higher torque at low speeds is needed. This allows the manufacturer to add a small, compact, lightweight and even more efficient engine to the car for greater fuel efficiency.

Some examples are Audi A1, Nissan Altima Hybrid and Toyota Sienna Hybrid.


Some examples of cars with full hybrid systems are BMW i8, Ford Fusion Hybrid and Toyota Camry hybrid.

Plug in type hybrid cars are those whose primary source of power is the electric motors. The car also has a small gasoline engine which kicks in when the battery level goes down a particular level. The car comes with a built-in charging port with a cord that can be connected to any home supply socket to charge the car battery. This type of car is very suitable for short distances like running on errands. The distance that can be covered by the car in a single full charge is dependent on the number of rechargeable battery packs that are housed in the car.
Some examples are Mitsubishi Outlander P-HEV, Toyota Prius PHV

ELECTRIC POWERED CAR WITH GASOLINE ENGINE FOR RECHARGING
This type of hybrid car is similar to the plug-in type. It has one or more electric motors, a pack of rechargeable batteries, regenerative braking system and a gasoline powered engine. The car has an inbuilt plug too with a cord that can be connected to the home supply sockets. The difference is that the gasoline powered engine mostly never powers the drive system directly.


Chevrolet Volt is an example of this type of a hybrid car.
The gasoline engine used here is small and it is operated when the battery is low, not to drive the vehicle but to recharge the pack of batteries that are housed in the car. This way the engine can be operated in peak load condition where is it very efficient and hence the fuel economy of the engine is also great and the emissions are considerably low. The car is powered majorly by the motors and hence it is not noisy also. In situations where there is some problem with the electrical system, the engine comes in handy.
Audi A1 BMW i8 hybrid car hybrid cars hybrid vehicle 2018-03-21
Share

Previous Engines of the Future
Next Turbochargers vs Superchargers: The Key Differences